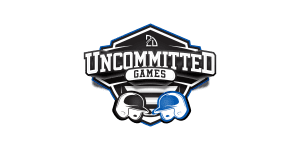 The 2022 Uncommitted Games took place in October at Live Oak HS in Louisiana. The UG saw 30 top Uncommitted players in the south compete & showcase their talent. Take a look at some of the Top Performers from this Invite-Only Event which includes a newly committed player and soon to be committed prospects…

1. Lane Lusk | 2023 | LOHS
Lane Lusk was our number one pick for Top Performer. Lusk went 3-4 with a double early in the game (87 mph EV via Rapsodo) while scoring a couple runs with a hot bat on the day. Lane made all the routine plays in the outfield, displaying an 84mph arm velo in the pre-event combine. 7.03 60 yrd dash. The Live Oak HS product is ready for a strong senior year. Named Uncommitted Games MVP.

3 hit day for #Uncommitted OF 2023 Lane Lusk (@LaneLusk1). 2 singles here and a 2B in first AB at the Uncommitted Games! #2DPlayerWatch

2.  Luke Conerly | 2023 | EAHS
East Ascension Senior P/MIF Luke Conerly was impressive on the mound Sunday. Conerly used his 82-83mph fastball and offspeed effectively throwing off the hitters all game. Confident in all 3 pitches and was in command throwing 3 scoreless innings. Jumping right off the mound to the infield, Conerly look solid defensively and confident at the plate.

Luke continuing to do Luke things! Carving people up with 3 pitches in any count to both sides of the plate.

Anyone that watched him pitch last spring/summer saw just that!

Luke competes his tail off and GETS OUTS!!! Outs win games!! https://t.co/VXI8KkNKUk

3. Grant Mathieu | 2024 | SHHS
Mathieu showed up late in the game with the biggest hit on the day: launching a double to left field showing off his power (87mph EV Rapsodo in game) 2nd or two hits. Sam Houston HS Junior is strong, confident, and athletic. Big team guy which helped spark a rally late in the game. 1B /OF was top 5 in Exit Velo and INF Velo (81mph) during Pre-Event Combine.

4. Cooper Dailey | 2023 | Dutchtown
Quick / smooth defensive SS, Dailey was a fun one to watch compete at the Uncommitted Games. Recording a second best 60 yrd time (6.82) during the combine. Dailey made the all the plays and made them look easy moving. Confident at the plate – recording a couple quality at bats on the day with 2 singles. 86mph EV, 80mph arm from SS. Senior ready for a breakout season at Dutchtown.

Multi-hit day for ‘23 Cooper Dailey (@C_Dailey5) at the Uncommitted Games!

‘23 Cooper Dailey (@C_Dailey5) with a single back up the middle in the Uncommitted Games!

5. Mike Stephens | 2024 | LOHS
Another Live Oak HS product impressed at the Uncommitted Games. Stephens started the game going 3 innings sitting 83-85 touching 87mph with a good off-speed out pitch (72mph). Stephens battled on the mound allowing 1 run over 3 innings and shutting the door with runners in scoring position. Stephens showed off his athleticism as a dual guy (OF) 86mph EV and 6.95 (60) during the pre-event combine.

‘24 Michael Stephens (@Mike_Stephens03) with electric stuff on the mound this afternoon in the Uncommitted Games! #2DPlayerWatch

6. Mason Bordelon | 2023 | LSUE Commit
Avoyelles PC Senior Mason Bordelon continues to improve each time we see him. Recently committing to LSUE, Bordelon was a UG Leaderboard standout recording a 94mph Exit Velo (Rapsodo) and improvement from his ASG Combine (91) and (88) earlier in the summer. Big Strong bat and confident at the plate (6’2 190lbs). Bordelon also showed off his defensive prowess, collecting all 3 putouts midway in the game along with some other strong defensive plays throughout the game. 87mph from the infield beats his former best (82mph). 7.07 60yrd dash also his 2Dsports best.

7. Cody Breaux | 2024 | North Vermillion
Defensive Catcher and a leader on the field, Breaux is as consistent as they come. Controls the game behind the plate and reliable behind the dish. A true 2.0 – 2.02 pop time shown in game. Breaux has a nice solid approach at the plate stays gap to gap – can show off power at times. Showed his ability with the bat with a great offspeed approach by launching a double in the UG. Coming off an All-Star Game selection with some of the areas best players and fits right in.

‘24 Cody Breaux (@BreauxCody1) tees off on an off speed pitch for a RBI double – 2022 Upperclass ASG participant!⭐️ #2DPlayerWatch

8. Eli Ardoin | 2023 | IOTA HS
Athletic 6’2 170lbs left handed hitting OF/P looks the part. Will get bigger, stronger, faster with size. UG Combine best 60yrd time (6.70). Arm was up to 85mph in the OF. 80mph off the mound in his outing. Excited to Follow Ardoin in the Spring as he looks to enter his senior year at Iota HS. Swing from earlier in the year below.

‘23 Eli Ardoin (@eli_ardoin) lines one into right center field for a RBI double for @team_louisiana (Gaspard)!

9. Jackson Glymph | 2023 | Central Heights (TX)
Lean and Athletic (6’3 185lbs) has some strong tools. Glymph has had a great couple recent events hitting the ball to all fields. 2022 All-Star Game participant. 87-89mph in the OF. 7.00 runner has been seen with better times. OF/1B/P. Glymph continues to get better each event and is a great academic dual player. Nice approach in the All-Star Game and recently in the Uncommitted Games collecting hits in each event.

‘23 Jackson Glymph (@jacksong1ymph) with a nice piece yesterday at the Upperclass ASG!

10. Tanner Powell | 2023 | Parkview Baptist
At 6’5 190lbs Powell draws some attention as a left handed hitting OF/1B. Projectable and worth a watch throughout his senior year. Powell collected a couple hits, including a double the other way in the UG. Powell should be on some watch lists as he continues to perform and looks to grow into his big 6’5 frame.

Sharp hit up the middle from 2023 Tanner Powell (@Tannerpowell27) that hit off the umpire at the 2D Uncommitted Games this past weekend. Tanner also had a 2B earlier in the game!

2023 SHOWCASE TOUR
We are excited to release our Showcase Tour November 1 for all individual events in 2023, which include combines in 7 States and a new Premier Invite-Only Event… The Southeast Cup hosted in Hattiesburg, MS. All Events will lead to the All-Star Game and we will finish 2023 in the Fall with a new addition of the Uncommitted Games. Stay Tuned! 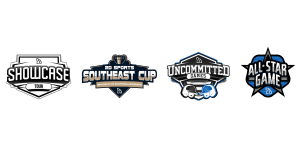