The 2022 Select Series  starts off with a bang! The league starts off in midseason form lots of bombs & pitchers throwing some gems. Let’s take a look at all the action from Week 1 of the Select Series:

Many great games around the league to start us off this season. Let’s see how each team shakes up after Week 1 of games:

11U DIVISION: Starting off with our 11U Division: TBT Southern Finest 11 is off to an early lead in the North Louisiana region standings with 4 counterparts right behind them. The LA Kings are barely inching out 337 Baseball in the Southwest Region with Acadiana Cajuns and the Cenla Knights Knation with plenty of season left to make up for lost ground. The Southeast is in a similar situation with Cage Vencent and the Pelican Baseball Club at one and two, respectively. Powerhouse, Knights Knation, and RBI Baseball all failed to get blanked this weekend as they notched their first wins of the season. Even with a few teams seeming to lead the way, long seasons have a way of shuffling standings around very quickly.

12U DIVISION: The 12u Division and the Southeast Region are led by BPA Garlington who spent their weekend undefeated with double-digit wins over Knights Knation NE Martin and the Mississippi Twins before getting a last inning run to beat Knights Knation NW 8-7. Surge Select leads the pack in the North LA standings with a bit of distance between them and BPA NWLA Black with the rest of the region not far behind. The Southwest and Mississippi regions are anyone’s race with small separation between each team’s record. Though we do have some early juggernauts in this division, looks like we’re going to get a lot of great baseball out of these teams this year.

13U DIVISION: At the top of the 13U Division, the Louisiana Legends stand as the lone team to win all four of their games this weekend with Knights Knation NE Black not far behind. The Louisiana Legends’ four wins provide them with control over the Southwest region with Tiger Elite and the Louisiana Kings neck and neck for second place. The Southeast region sees The Pack surrounded by a couple of Knights on either side with Fontenot and Macmillan leading the region. The Magic seem to be conjuring something up with a 2-2 start which is good enough to put them at the top of the Mississippi Region for an early start in the Mississippi standings. With a few teams still to make their debuts, the 13U Division seems to be full of exciting matchups.

14U DIVISION: The 14U Division is living up to expectations with every region showing incredible competition. The Southeast region features three teams without a loss with Spring boosting 5 wins on the weekend with the Saints Leblanc at one win shy at four. Knights Knation Gambill’s only blemish on the weekend was a tie against BPA- Zapata as the 13u team won the North LA 14u region championship this past weekend. The Southwest and North LA Regions both show their own competitiveness with a clear leader for each Division still to be determined. The Magic Baseball Academy gets a head-start in the Mississippi standings with an even 2-2 start, the rest of the Mississippi Region set to make their first appearances this weekend.

Powerhouse and Knights Knation Central MS had a battle Saturday afternoon with Powerhouse inching out the Knights 7-6 over 4 innings. Powerhouse was led on the mound by William Boyd who tossed 2 innings of work with 2 strikeouts.  Nathan Duhe came in relief to finish things up with 1.2 IP and 2 strikeouts of his own. Duhne, Poirrier, Jackson, Millet and Kugler all provided RBIs, with Boyd hitting a double top go along with his performance on the mound.

12U:
Patrick Digilormo of the BPA Louisiana Black squad tossed an absolute gem with a complete game no-hitter during the early game on Sunday. Digilormo’s no-no came complete with 6 innings pitched and 9Ks and he needed every bit of it in BPA’s win over Sticks Baseball-Barley. Barley was barely beaten by BPA as their pitchers gave an exceptional showing as well with 7Ks of their own. The lone run of the game came on Greyson’s 2 out RBI in the 5th as he sent a fly ball to left to score Jake.

13U:
The Acadiana Blue Jays got off to an early lead against the SELA Tsunami and never looked back in their 7-3 win on Sunday evening. The Blue Jays touched home four times during the first inning with one more in the 2nd, 3rd, and 4th innings. The Blue Jays were led on the mound by Jack Wenable who gave up three runs on six hits during his five innings of work with 7 strikeouts.

SELA Ascension Select Pirates take a W from BPA NELA behind the arm of Quentin Elisar. Elisar started off nine batters with first-pitch strikes leading to three strikeouts and only one hit during his 3 innings of work. Elisar helped himself out at the plate with both an RBI and by touching home plate himself once. A lot of early fireworks by both teams, scoring a combined 9 runs in 3 and a half innings worth of play with 6 combined hits. Errors seemed to be the difference-maker in this contest with three committed by BPA, while Ascension played perfectly behind their pitchers. 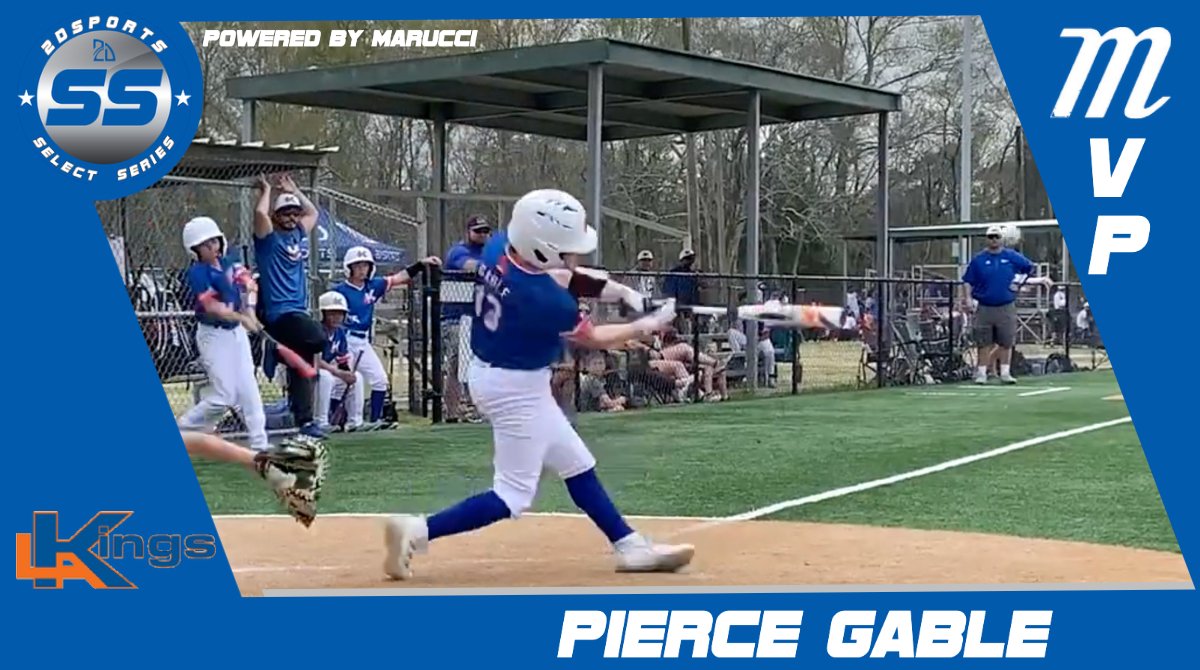 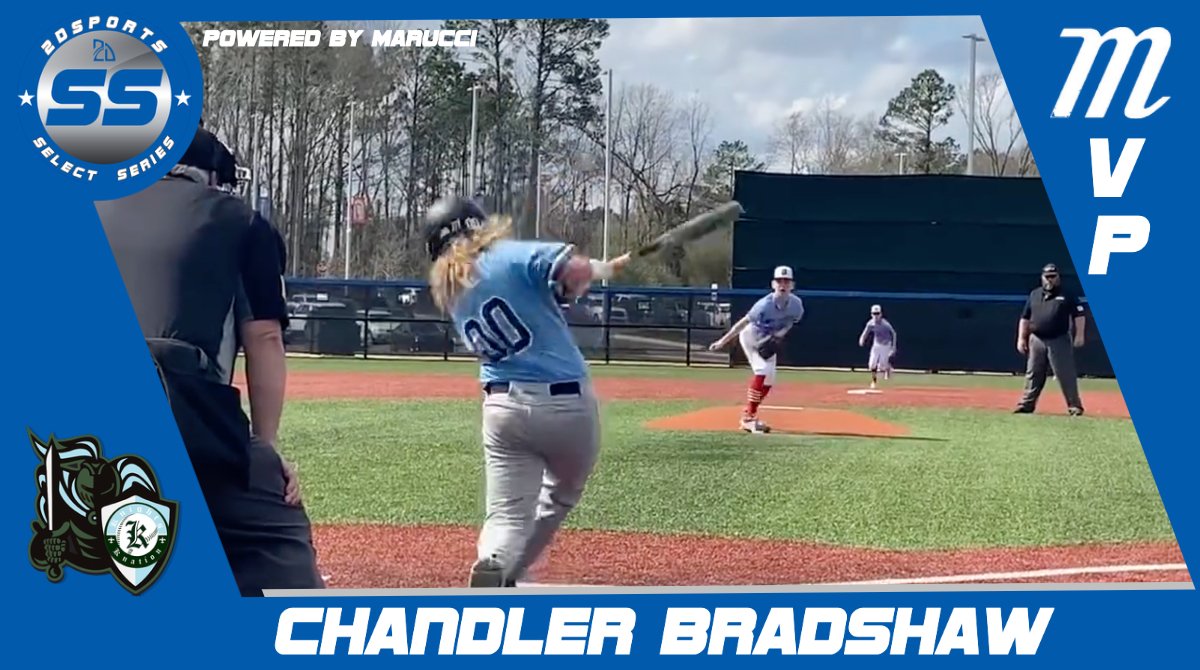 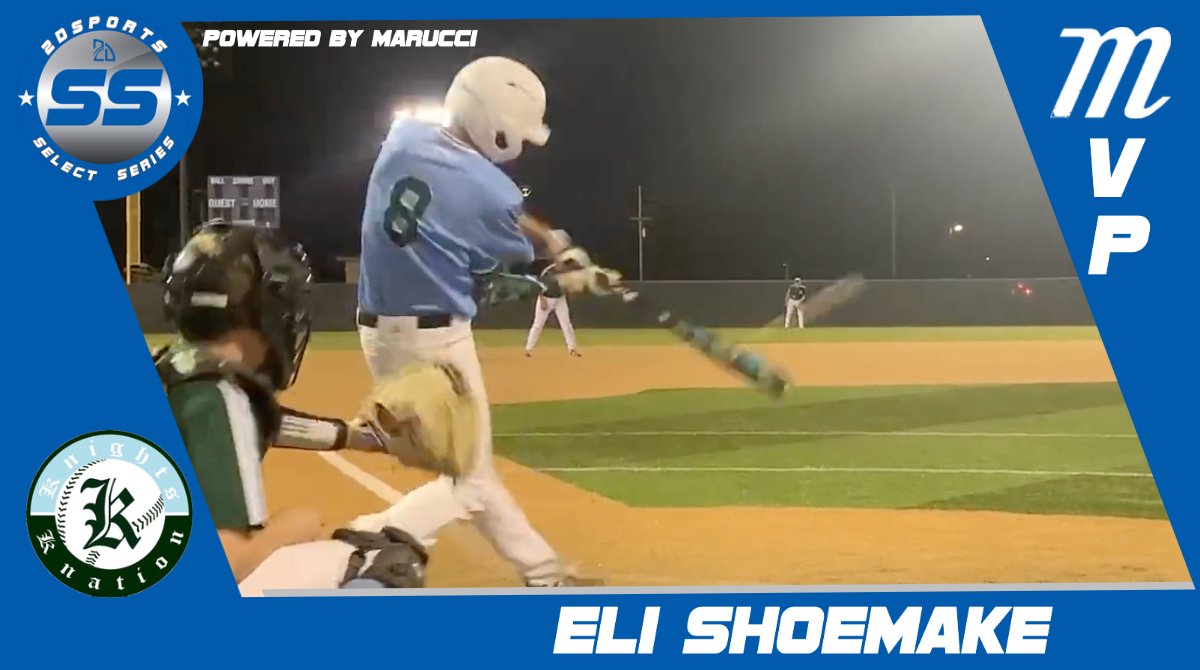 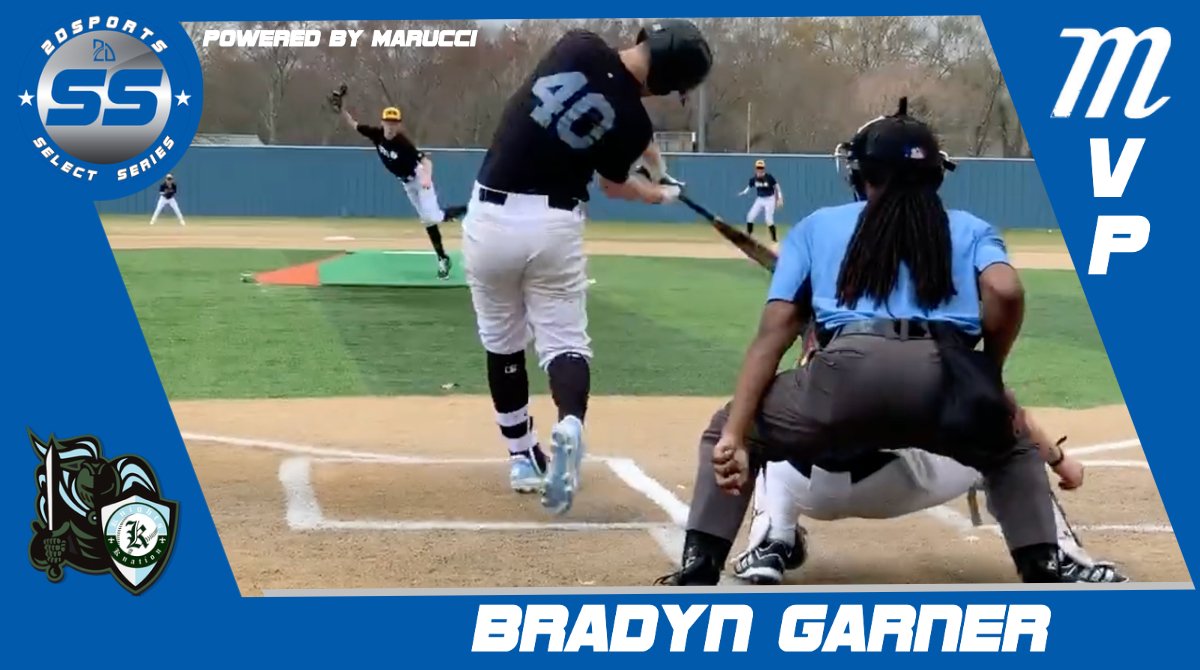 14u Runner Up: Landon Blanchard (Saints) 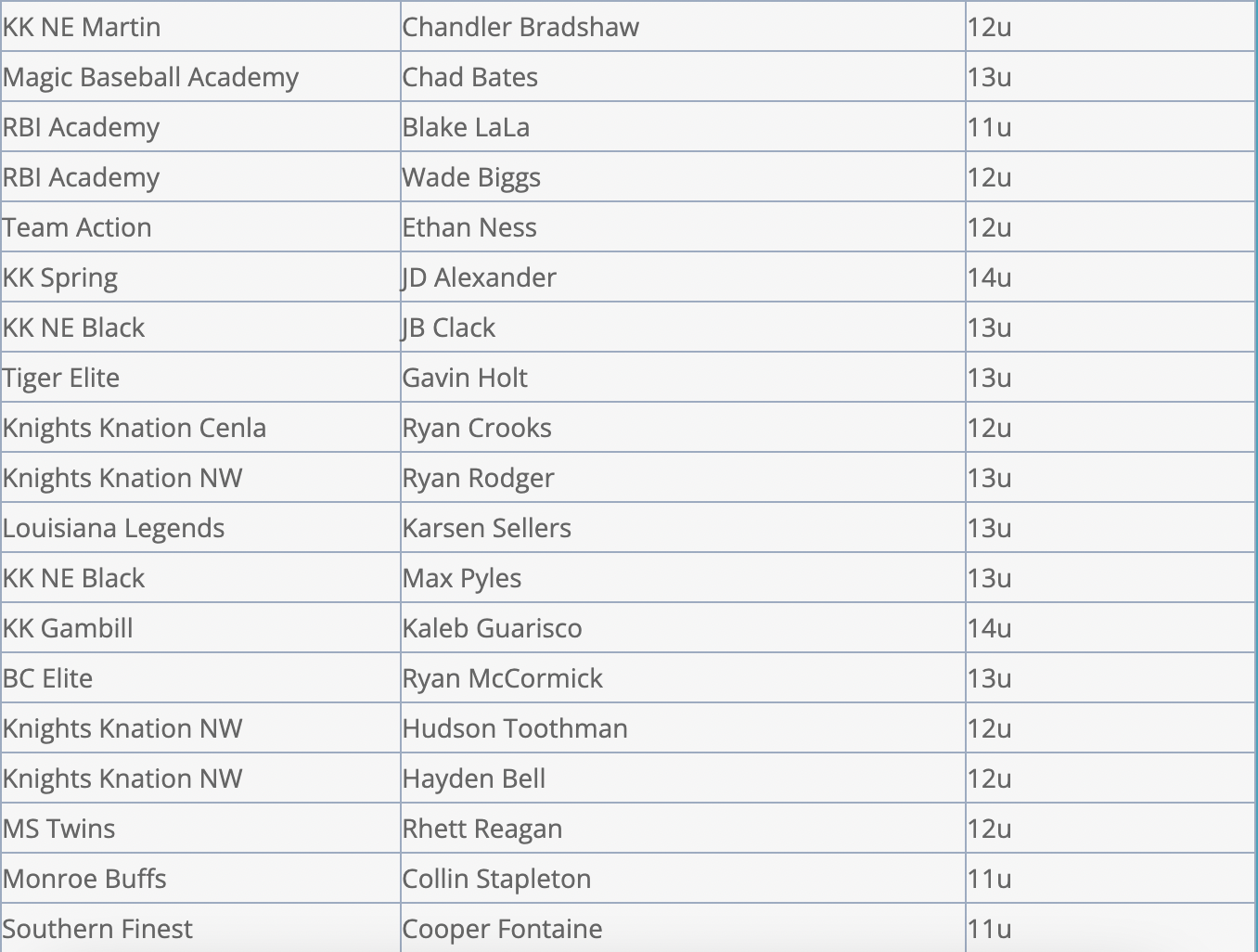