Marucci has a slogan — “Honor the Game” — meaning there’s no shortcuts or easy routes to success in baseball or life. Marucci provides an elite showcase baseball experience to all levels of play through their baseball gear, apparel, and relationships built with customers and travel baseball programs. A success story that started in a garage in 2009 has transformed into a premier baseball brand known and seen around the world on TV, summer travel baseball tournaments, and sporting good stores. Marucci is a perfect example of how “Honoring the Game” leads to success down the road.

Staple of the Travel Baseball World

Marucci is at the forefront of travel baseball. Their involvement in youth baseball and premier showcase baseball programs speaks volumes into their investment into today’s game. One key representation of this is through the Marucci Founders’ Club. The founders of Marucci built the company on a dedication to superior quality and a relentless pursuit of excellence that extended beyond the game of baseball. That pursuit of excellence has allowed Marucci to forge partnerships with some of the nation’s premier amateur baseball and softball organizations. With core values that align with those of the Marucci Founders, these programs were selected for their dedication to excellence on and off the field, reputation as a positive influence in their community, and commitment to growing their organization and, in turn, the Marucci mission. This elite alliance the Marucci Founders’ Club.  Some programs that 2Dsports has covered that are also in the Marucci Founders’ Club are Knights Knation, Dallas Tigers, Illinois Indians, CBC Blackhawks, East Coast Sox, Marucci Elite Texas, Scorpions Baseball, and many more.

Best Gear in the Game

In need of a new metal or wood bat for the 2021 season? Looking for some nice batting gloves for your next youth baseball tournament? Marucci Sports is your one-stop shop for premium baseball gear to get your player ready for the 2021 season! They also have top-tier catcher’s gear, batting helmets, sunglasses, and fielding gloves. Players are also able to make custom-made fielding gloves! Shop today to find all your baseball gear needs.

Roots Deep in the Bayou

Jack Marucci, a former LSU athletic trainer, built his first baseball bat after he unsuccessfully tried to find a suitable one for his son Gino. The bat-making was just a hobby until Marucci associated with two MLB players, Kurt Ainsworth and Joe Lawrence. Ainsworth began recommending Marucci’s bat to other players, and in 2009, the company took off. Based in Baton Rouge, Marucci started with a flawless piece of maple and built their name on consistency and craftsmanship, never putting a seal of approval on a bat that wasn’t perfect. That obsession has made Marucci the No. 1 bat in the Big Leagues. That same commitment to quality and understanding of players’ needs is engineered into every wood bat they produce.

With 2Dsports roots also grown deep in Louisiana, partnering with Marucci was a perfect opportunity to grow a reputable brand across the country. We are excited to for the 2021 showcase baseball season with Marucci!

Marucci believes the best players in the game should use the best gear in the game. They aim to provide the tools players need to be successful at all levels and have developed a blueprint for ensuring that success.

The Marucci Player Advisory Board was formed to give some of the game’s best players an opportunity to lend their expertise and feedback into designing equipment for other players to excel. Big Leaguers like Albert Pujols, Jose Bautista, Chase Utley, David Ortiz, Andrew McCutchen, Anthony Rizzo, Francisco Lindor, and Buster Posey invest their time and resources into serving on this advisory board where they inspire, test, and approve all Marucci products. Today, Marucci is the #1 bat used in the Big Leagues today. You don’t have to take our word for it, but you might want to take theirs.

Bringing the Excitement of Marucci to 2Dsports

2Dsports is proud to announce its partnership with Marucci as its official apparel sponsor! 2D hats and shirts sold at our summer event will now be available year-round in the 2Dsports Store thanks to Marucci. 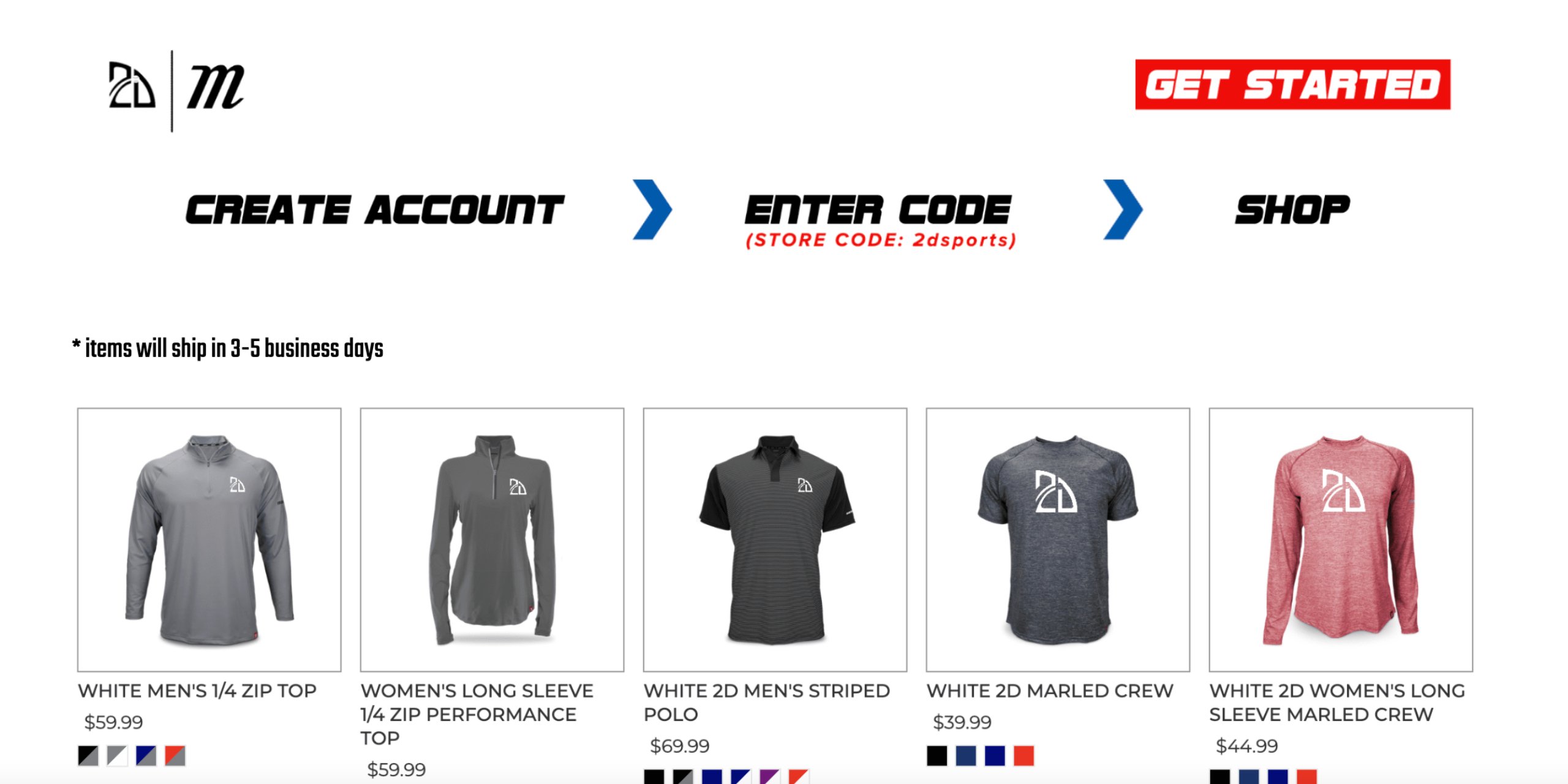 We are also excited to be partnering with Marucci at the High School and Youth level. For our amateur baseball tournaments, the Marucci Wood Bat Regional Championships will be hosted on July 15-18 with tournaments in LA (2), MS, TX, FL, TN, & IL. Each team will receive 2 Marucci wood bats, Player of the Game receives a Marucci Shirt, Tournament Champion receives a Marucci Trophy Bat and Championship banner. These tournaments are also 5-game guaranteed and will feature full social media coverage. 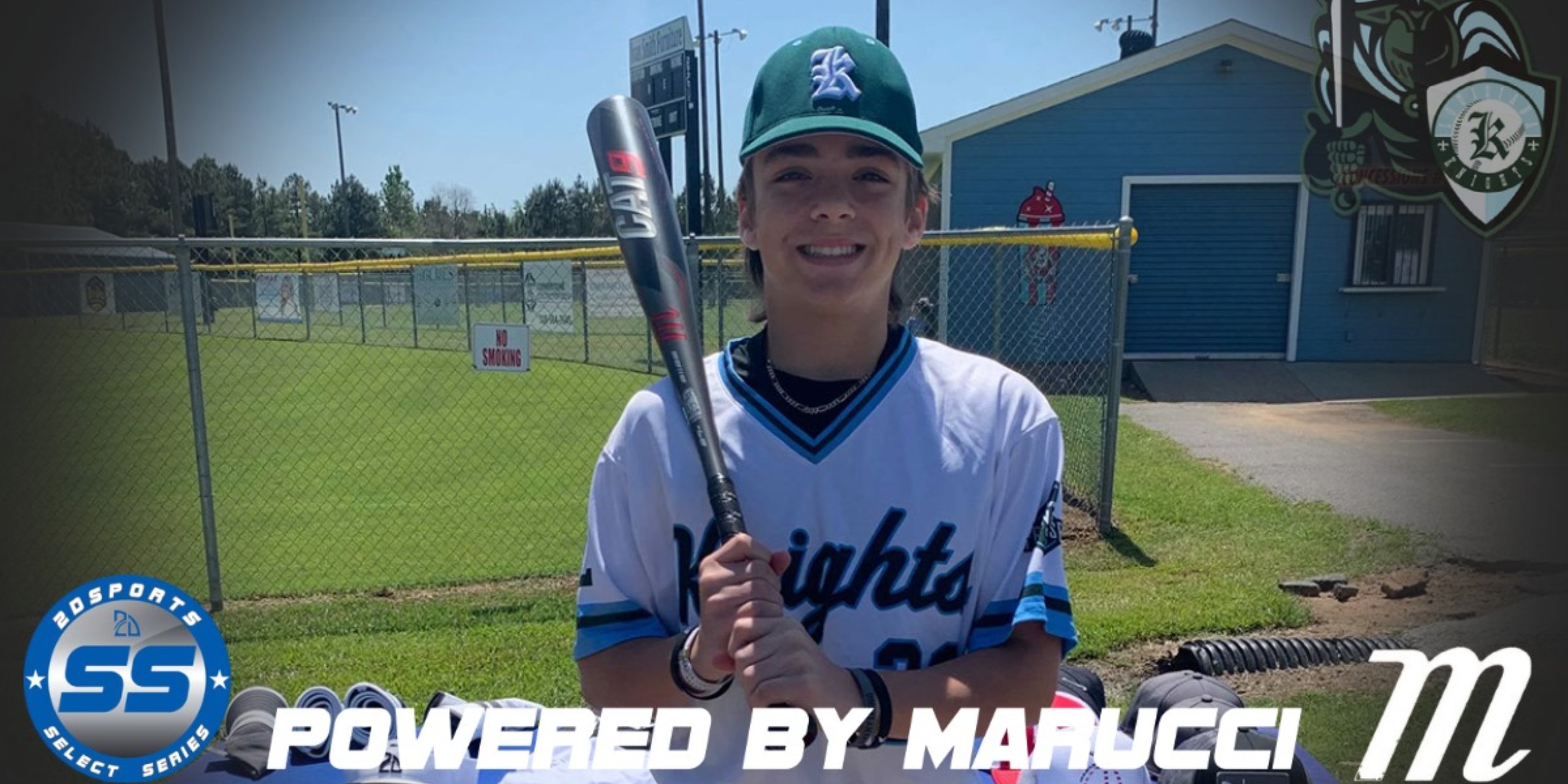 2D Youth Baseball World Series (June 16-20) & National Championship (June 9-13) are also partnered with Marucci to provide an elite experience for youth baseball. Players will receive Player of the Game awards and the Pre-Event Skills Competition Winner will receive a gift from Marucci.