The final tournament of the 2021 Scout Games wrapped up this weekend at Northwestern State. We enjoyed watching competitive baseball from teams from Texas and Louisiana duke it out in Natchitcohes, Louisiana at the Scout Games, 2D Sports most highly scouted baseball events. 2D Identifiers were scoping out some of the top players. Here are the 2021 NSU All-Tournament Team Selections from this past weekend:

WANT TO PLAY IN 2022? REQUEST YOUR INVITE TODAY!

Braden Richardson is having a great weekend for @team_louisiana (Abernathy) — this oppo home run adds to it!

Want to See More Highlights from the Scout Games? View Here For More

ROAD TO THE ALL STAR GAME

Top 40 Players from the Scout Games Combine are selected to the ASG in 2021.

All-Tournament Team Players Receive an Automatic Invite to participate. 100 Players in each age division will be a part of the combine fighting for 40 spots to play in the All-Start Game at Louisiana Tech September 11/12, 2021. 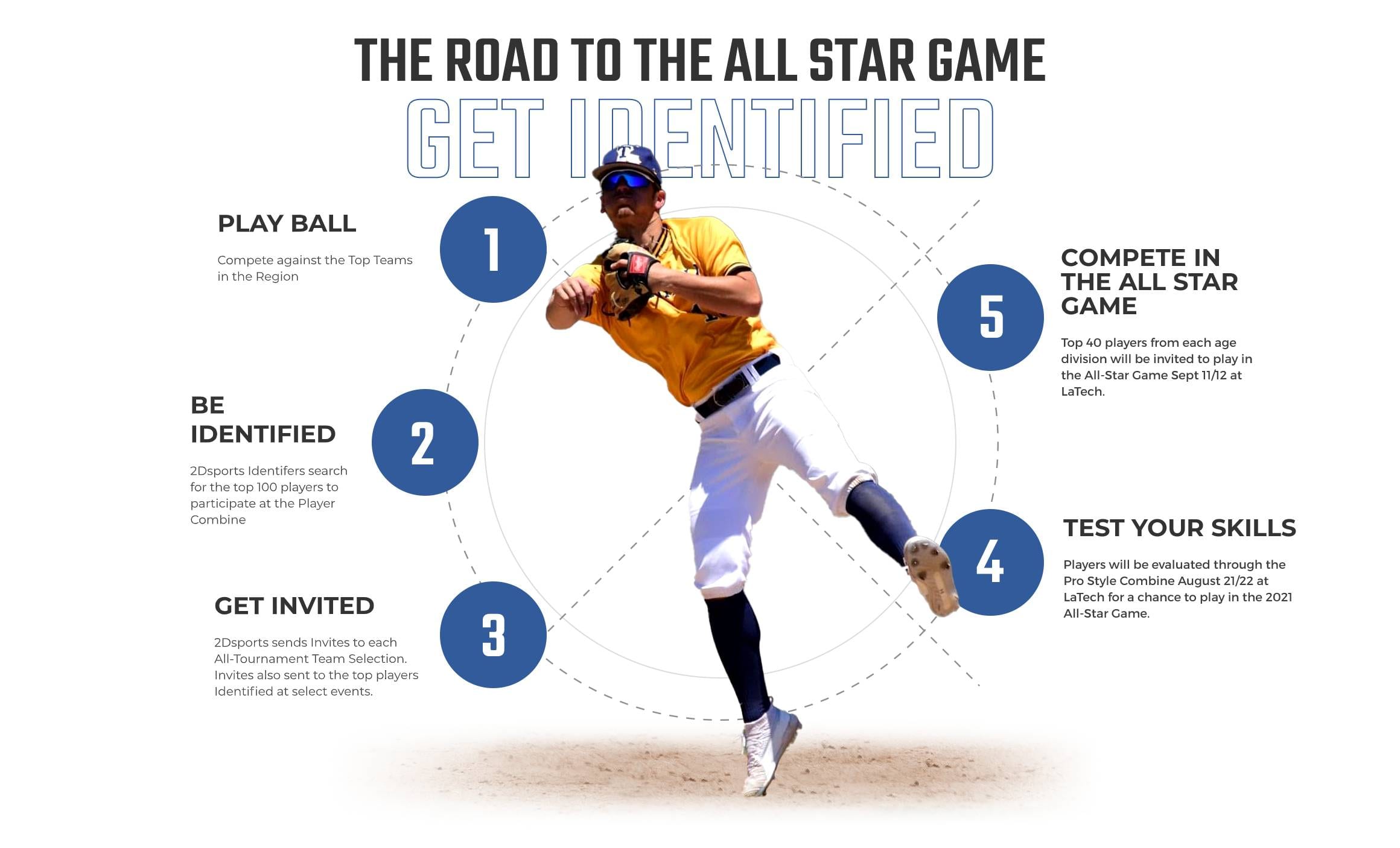 Invites will be sent out weekly to the Top Players in Scout Games and select 2D events as well as All-Tournament Team Selections.

Want to Play in 2022? REQUEST YOUR INVITE TODAY!