Drawing the top players from 30 states in the Southeast and along the East Coast, Next Level Baseball (NLB) has done just what their name entails — send its travel baseball players to the next level. Since its formation in 2004, Next Level Baseball has moved on upwards to 95% of their seniors every year. Next Level Baseball has amateurs baseball teams from 14-18u and is primarily located in Florida, drawing players form the surrounding states. NLB has also recently added an affiliate in North Carolina, drawing in players from the East Coast and and Northeast states, headed by Corbin Weeks. “Corbin is one of the best young coaches and people in the game, and NLB is very fortunate to add him as an affiliate owner,” praised Ryan.

Ryan Robinson heads the Next Level Baseball organization, showcasing a great coaching background with spending over a decade as a MLB scout as well as being a college Recruiting Coordinator, and high school head coach. “I’ve been very fortunate to work with a lot of great people who have been great mentors for me and developing my knowledge of the game.” quotes Ryan. He accredited Next Level Baseball’s continual success to his outstanding coaching staff: Justin Bruce, Kelly Mosley, Bobby Sparks, Neil Andreoli, Nicky Agosto, Chris Peterson, Jared, Moseley, Tyler Henry, Robbie Fleck, and Bryson Horne. Ryan also had high praise for Alison Leach – Next Level Baseball’s Director of Player Procurement. “NLB is fortunate to have Alison in our organization. She handles everything from player payments to team travel; we couldn’t do it without her.”

Not only does Ryan credits NLB’s success to his coaches and staff, but he also praised his outstanding players as well as their parents. “We have a saying around here,” exclaimed Ryan, ” ‘The right parents produce the right kids.’ We are trying to get the right parents to get involved because they’re a direct reflection of their player’s attributes.” NLB is big on not only teaching players skills needed to succeed on the field, but also they teach what makes a player successful off the field. Ryan emphasized that their players will be coached and trained the same way with the same message when they start the NLB amateur baseball program at 14 until they leave at 18. This consistent message is his recipe for a player’s success. 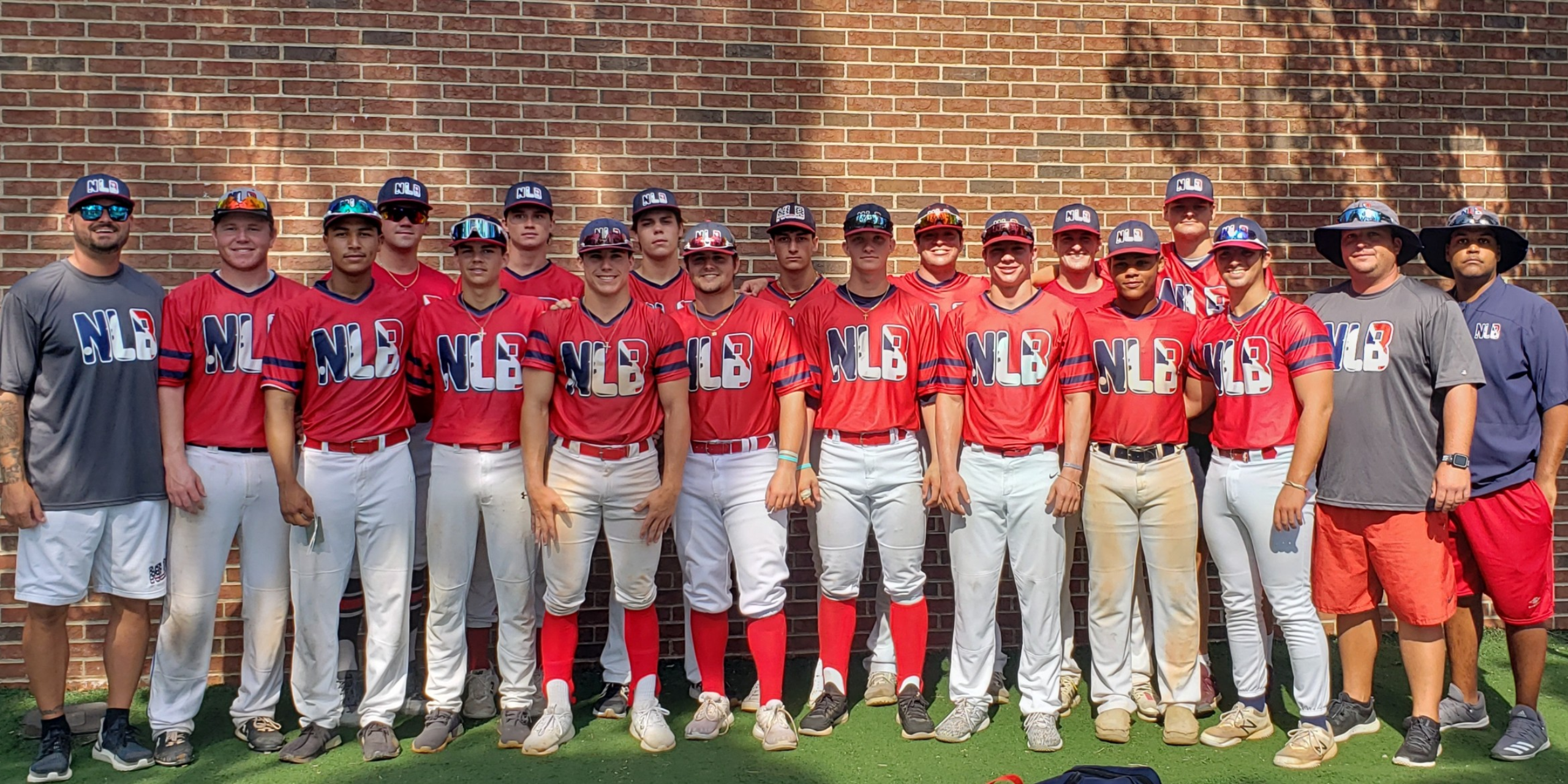 What is that message and key to success? “Makeup, work ethic, and toughness. If a kid has those three attributes, they have a chance to be very successful.” Ryan harped on encouraging his players to start being in the weight room while young. “You have to hit the weight room when you’re young so you’re not behind and catching up your first year in college. We preach that as an organization to our kids at 14-15 now, but very few players actually go and do it. When you see a player really start to take the weight room seriously, you know he has his priorities in line.” Ryan also stated he teaches his players that recruiting is like a puzzle: “A player is trying to put together a puzzle for the college. A puzzle has different aspects: athletics, academics, strength & conditioning, who you are off the field, your character, all those things. You have to put a big puzzle together to be marketable in college.”

Being marketable was also another key aspect Ryan teaches his players in his organization. Ryan has a huge baseball social media presence on Twitter with his Next Level Baseball account, amassing over 25k followers and creating a baseball network of coaches, players, and parent discussing topics around baseball today. However, Ryan says social media is even bigger for players’ recruiting. “Social media can be a blessing or a curse to players. It’s important for them to understand that coaches are looking at a baseball player’s social media (Twitter, Instagram, Facebook, TikTok, etc.) for things they may not think about. Coaches are wondering if this player is selfish? Is he a good teammate? Does this player care about his teammates’ success? Is he only concerned about himself? Social media gives coaches a direct snapshot of who the player is.” Ryan touched on what a player posts, likes, retweets, comments all have lasting affects on a coach. He even warned that parents have to be careful on social media as well because college coaches will check their social media too.

RELATED ARTICLE: How to Create a Baseball Twitter Recruiting Profile

Ultimately, the Next Level Baseball organization’s name speaks for itself — it teaches players what it takes to be a baseball player at the next level on and off the field. “The biggest thing a player and parent can expect from us is that we’re going to be the first real perform-to-play situation they’ve ever been in. We are going to try to present an environment to them that is as close to college baseball as they’re going to get from a playing standpoint in travel baseball,” stated Ryan. “When the players get into a real situation where the cream rises to the top, it gets really uncomfortable for them. When our players get in college, they will have a better chance of playing because they will know how to handle that environment.” Ryan also exclaimed that with his teams playing in highly scouted baseball tournaments all summer, it prepares his players for top competition in college as well.

The Next Level Baseball program has preformed very well at 2DSports baseball tournaments in the southeast. We are excited to cover the NLB program in 2021, and here are some of the top Uncommitted players (as of the release of this article) that 2DSports is keeping an eye on:

Luke Elmore (@lukeelmore23) of @nextlevelbb put a nice piece up the middle to score a run last year! @2D_sports

If you are a college coach, you can login or create a FREE Scout Log In Account below, and access players profiles, player highlight videos, and player coverage sent weekly in 2021.